Should Your Company Have a Marijuana in the Workplace Policy? 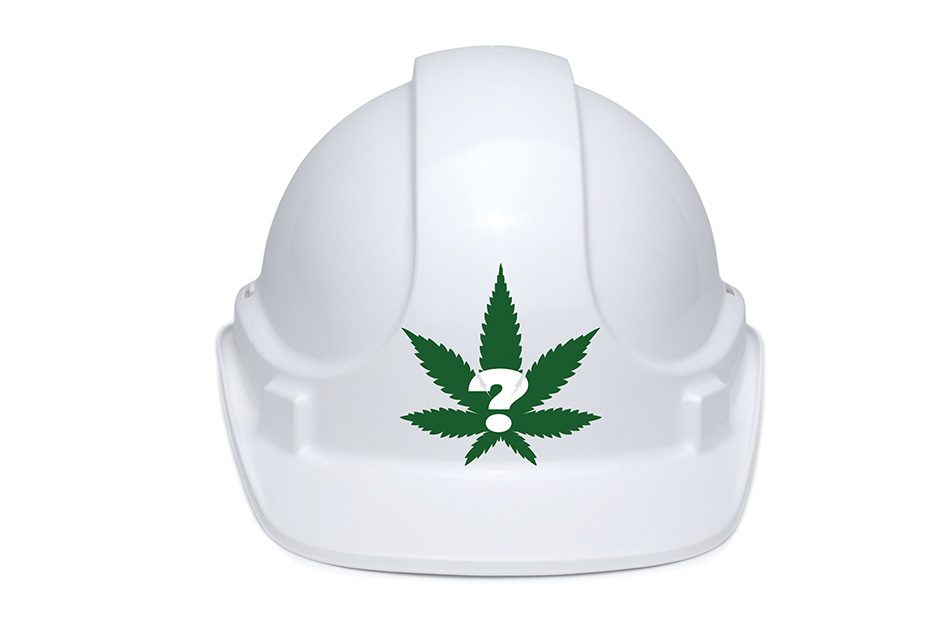 Cultures change. And when cultures shift, so do laws and so do workplaces. The legalization of marijuana for either medical or recreational purposes in individual states across the country is an example of a cultural shift — one that is likely to impact workplaces. However, many small business owners and HR professionals are grappling with how to proceed under this new legislation. So, how should businesses go about medical (or otherwise) marijuana in the workplace?

Here are some simple questions related to marijuana in the workplace that often come with complex answers. Among the most frequent questions:

The questions are straightforward, but the answers are not always so. In this article, I’ll look at where marijuana has been legalized in some form and unpack some of the different considerations when crafting a marijuana-in-the-workplace policy.

States in which marijuana has been legalized

Marijuana is an illegal drug on the federal level, but 39 states have enacted laws decriminalizing it to varying degrees. Fourteen of those states have laws protecting employees against termination for lawful, off-duty use of marijuana. With legalized marijuana on the ballot in four states in November 2018 and three of them passing, there’s a good chance even more states will legalize marijuana, either medically or recreationally, in the future.

For states in which employee protection laws have been put in place, it’s still possible to restrict marijuana use, but care needs to be taken in crafting and enforcing a policy. In most of these states, these laws have yet to be challenged and defined through the courts.

Colorado saw its first test of the employee protection law in the case of Coats vs. Dish Network, LLC. In this case, the plaintiff, Brandon Coats was a customer service employee of Dish Network who failed a random drug test and was terminated. In June of 2016, the Colorado Supreme Court ruled to affirm the termination.

The decision considered that while marijuana use is “lawful” under Colorado law, it is not under federal law, and concluded that the employee’s use of marijuana was not lawful. This case sets precedent in Colorado and is useful in creating drug policies in other states where protections exist.

Court decisions generally focus on one or two predominant issues, but do not address secondary or related issues. These decisions help us understand how the courts will respond to these situations, but until we have more decisions in more states, many facets of drug use in the workplace are still open to interpretation.

How can we determine if an employee is intoxicated on marijuana in the workplace?

Much more research needs to be done in this arena. It can be difficult and inaccurate to determine marijuana intoxication using blood testing. Marijuana metabolizes in the body differently than alcohol, and as of yet, there is not a standard test or level to determine intoxication.

As an employer, if you suspect an employee is intoxicated or potential intoxication caused or contributed to a workplace accident, there are still steps you can take to protect yourself.

We have decades of research and legislation to guide us on how to determine if someone is drunk. We’re just getting started on the research for marijuana. Hound Labs in Oakland, California claims to have a breathalyzer that tests for both alcohol and THC. I’m not aware of any law enforcement agencies that have adopted this technology, but the fact that it’s being created is encouraging.

The short answer is yes. Organizations that operate commercial vehicles, for example, are required to have Department of Transportation regulated drug testing. Even employers who feel like they’d be okay with occasional marijuana users should have a policy in place in the event that an employee is suspected of being intoxicated due to another substance.

In the absence of a marijuana-in-the-workplace policy, employers are taking the chance that a drug test and subsequent termination could be reversed by a court, which can cost over $100,000 including back wages, punitive awards and attorney fees. Not enforcing a policy consistently can open employers up to even more risk than not having a policy at all.

In light of state law changes, it’s a good idea for companies with existing substance abuse or drug testing policies to have their policies and practices reviewed and updated. Policies need to be tailored to the organization and depend on the nature of your business, the state(s) in which you operate and what types of testing you plan or are required to do. Examine your current policies to create one that is in line with your company culture. Some questions to ask when setting up a company marijuana-in-the-workplace policy include:

What about an employee using medical marijuana to treat a medical condition?

The Americans with Disabilities Act (ADA) prohibits employers with 15 or more employees from discriminating against employees based on disability or medical condition. With the advent of medical prescriptions for marijuana, it is important for employers to ensure that in enforcing a substance abuse policy, they are not discriminating against the medical condition of an employee.

If an employee is using medical marijuana to treat a medical condition, it may be advisable to engage the employee in the interactive process of finding a reasonable accommodation which would enable the employee to perform his or her duties. On the one hand, ADA is a federal law, and it’s not likely that medical marijuana would be treated as a reasonable accommodation. On the other hand, ADA is most often enforced in state and local courts, and it may be a long and expensive legal process before an appellate or federal court agrees with you.

In the Colorado Coats vs. Dish Network, LLC case, ADA was not an issue. Having a solid and consistently enforced policy should ultimately allow the employer to prevail. At least in Colorado.

There are no easy answers. Companies that are successfully navigating this subject are staying ahead of changes in the law, updating their policies for marijuana in the workplace and enforcing them consistently. As laws continue to change, businesses need to stay vigilant and work with their HR professionals and partners to ensure company policies are clear, consistent and up-to-date. Danny Speros is Senior Manager of HR Products and Services at Zenefits, where he enjoys advising clients on their human resources questions and needs. After working for more than 17 years in HR and small business leadership, Danny draws on his experience to help in a wide variety of situations and loves constantly learning new things.

This article was originally published by Zenefits and can be accessed at zenefits.com